Will You Know What to Do When Stocks Fall? - Investing Shortcuts

Will You Know What to Do When Stocks Fall?

Stocks finished in the red on Tuesday.

I know that’s hard to believe. But it’s true. After leaping above 26,000 for the first time ever, the Dow Jones Industrial Average coughed up more than 250 points to finish the trading day just barely in the red.

The S&P 500 and the Nasdaq followed suit. Both posted new all-time highs before lunch only to reverse and finish in the red by the closing bell. We were even treated to a little spike in volatility as the VIX popped a quick 15%.

But after watching the reaction to yesterday’s pullback in real time, I’m not so sure investors are prepared for an actual market pullback. As far as reversals go, this one has been tame so far. Heck, futures are higher early this morning, indicating that stocks will probably open in the green once again today. The averages have been so cooperative that even a small reversal like this one is causing some mild panic.

Of course, over the past several months, the big gripe about the markets has been the lack of dips for investors to buy. After all, how is a trader supposed to “BTFD” when there are no dips to be found? Stocks have marched higher virtually uninterrupted. Anyone patiently waiting for a real pullback has remained stuck on the sidelines.

But now that we’re witnessing what could be the beginning of an actual pullback, we see many investors are cowering in the corner. The market has trained them to only think about potential gains and completely ignore risk.

Sure, it’s easy to get caught up in the excitement of a major market rally. The financial media is cramming our feed with bullish stories every second of the day. But that doesn’t change the fact that the major averages will eventually correct. Of course, this also means traders will end up holding more than a few losing positions.

Unfortunately, a sinking market doesn’t care about your favorite investments. Major market pullbacks don’t discriminate. The good stocks move lower with the bad. And losing money on what you thought was a sure thing can be traumatic. You’ll find yourself wondering why it all went wrong.

That’s why it’s so important to mentally prepare for a market pullback before stocks start to fall off a cliff. Many investors talk a big game. But when the market begins to move against them, they’re paralyzed with fear. They hold onto positions they should have sold and are left with bigger than expected losses.

Before the melt-up shifted into overdrive last year, we noted that a quick pullback from the highs would scare plenty of weak hands out of stocks and provide the perfect setup for a blazing fourth-quarter rally. Even a mild correction could induce some serious short-term panic, we reasoned.

But instead of taking breaks, stocks were breaking records. The record run of low volatility we’re seeing has made even the smallest moves lower feel like a big deal. Fast forward to 2018 and we’re seeing more of the same. The S&P 500 hasn’t posted a 3% decline since November 2016. That’s its longest stretch ever without handing investors a 3% dip.

But when the market does finally tank, no one will be ready for it. We’ll eventually see a pullback that will offer a tremendous buying opportunity while everyone else is running for cover. That’s why it’s so important to prepare now.

Anything can happen in the markets. As long as we stay vigilant, we’ll continue to rake in consistent gains.

Want to learn how everyday patriots are collecting checks of up to $7,980, thanks to this "program." Click here to discover this Trump $2.6 Trillion "Cash for Patriots Program." 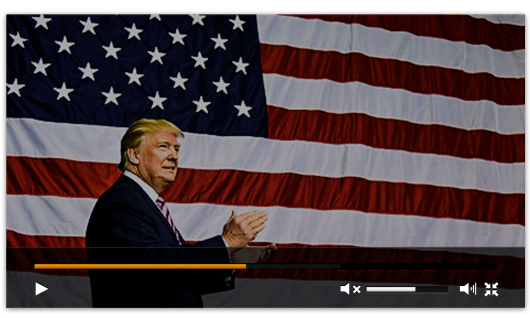 5 Money Secrets That Will Help Your Trading

Options Review | One Stock You Should Watch

Greg Guenthner, CMT, is the managing editor of The Rude Awakening and editor of Agora Financial’s Microcap Millionaires. Over the past decade, Greg has helped build Agora Financial’s small-cap and technical research teams. His analysis has appeared in Forbes, Yahoo Finance, Bankrate and countless other websites and publications. Greg is a member of the CMT Association and holds the Chartered Market Technician designation.